​Crane’s Pie Pantry Restaurant & Winery is dedicated to providing you with exceptional food and drink in a unique atmosphere that is unlike any other. Crane’s handmade fruit pies are still made the old fashioned way from family recipes passed down through the generations. Using fresh fruit straight off of the farm, only the highest quality ingredients, and the bounty of local food sources in our beautiful township, we are continuing the tradition of high standards that was first set on the Crane family farm in 1916. 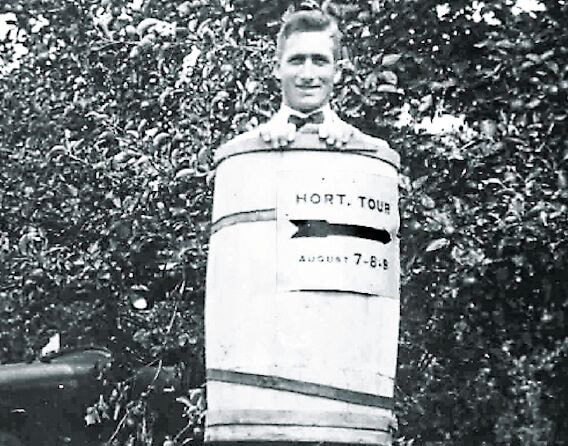 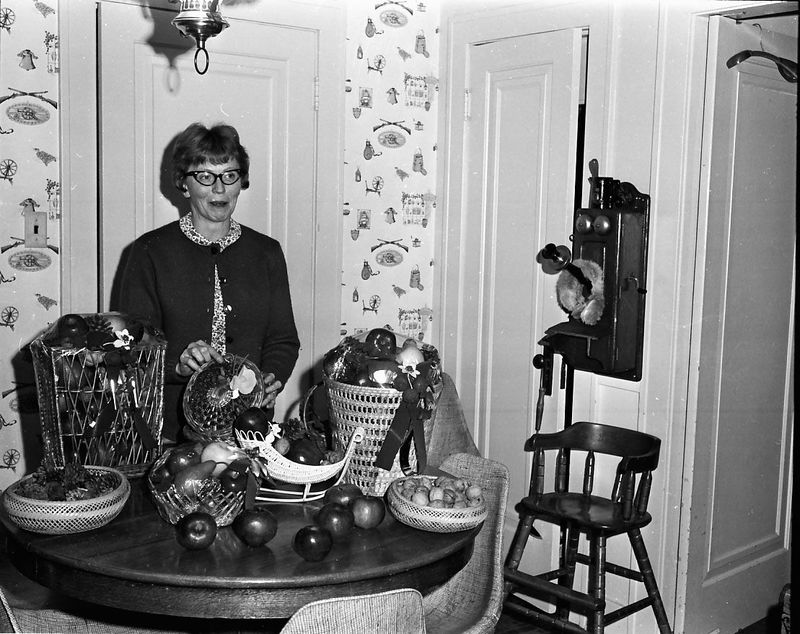 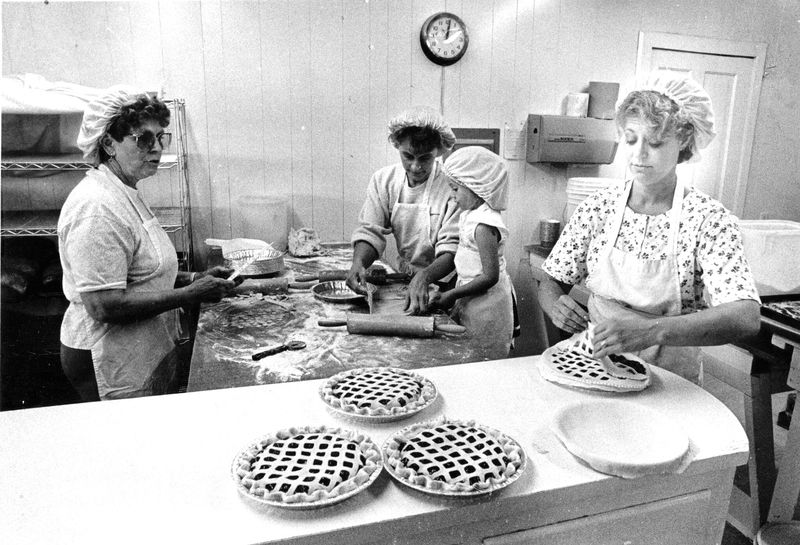 The restaurant and winery family includes two of Lue and Bob’s daughters, Becky and Laura, and one of their grandsons, Rob, who represents the third generation of the Crane’s family in the business, while the farm, Crane Orchards, has been run by five generations of Cranes. Guests enjoy food, drink, and homemade Michigan fruit pies in the family’s 150-year-old barn, which has been home to the restaurant, bakery, and cidery since 1972. The business expanded with the addition of the winery in 2014.  Farming techniques and family recipes have been passed from generation to generation, preserving family traditions and enriching the community at the same time.

​As the latest addition to the Crane experience, Crane’s Winery continues to help support our family farm and Michigan agriculture. Crane’s Winery uses the absolute highest quality fruit and small-batch care, and we now feature some of Michigan’s best hard cider and fruit wine—continuing the tradition that we know would make those before us proud. 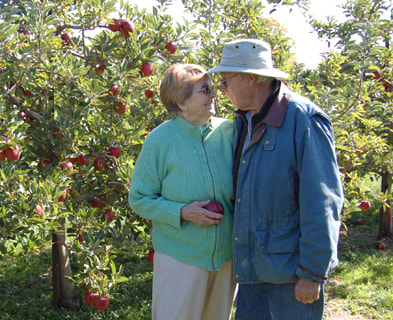 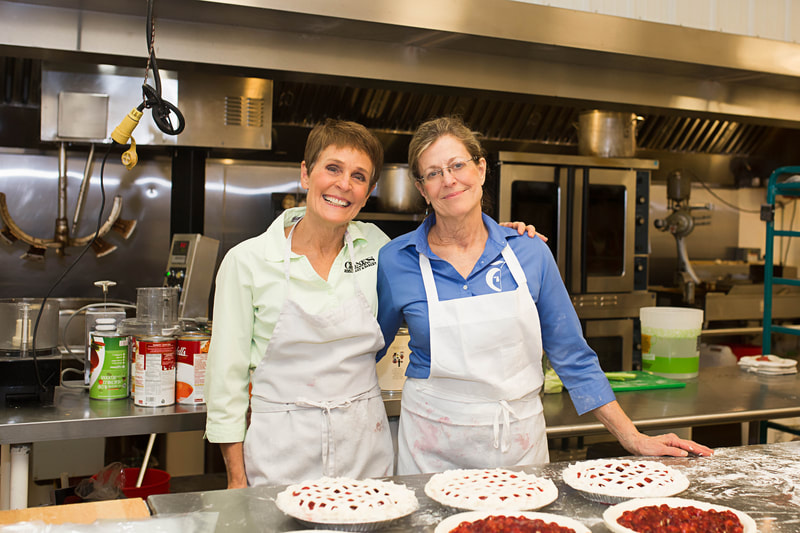 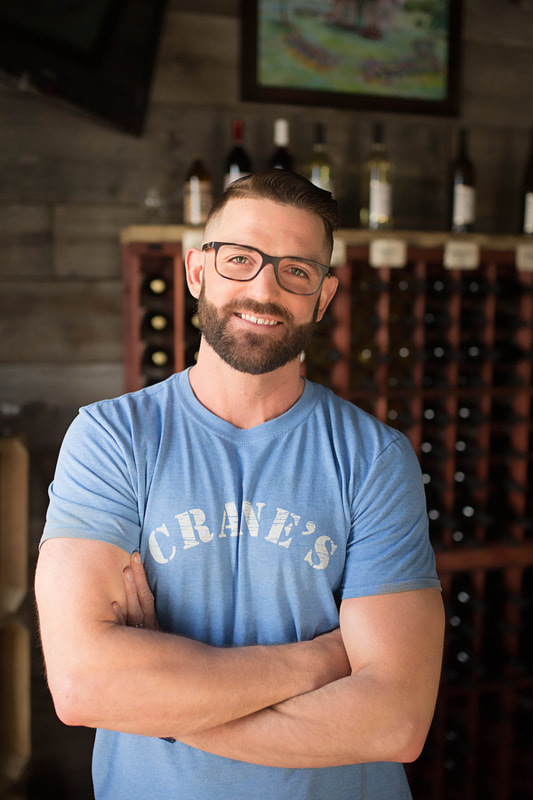 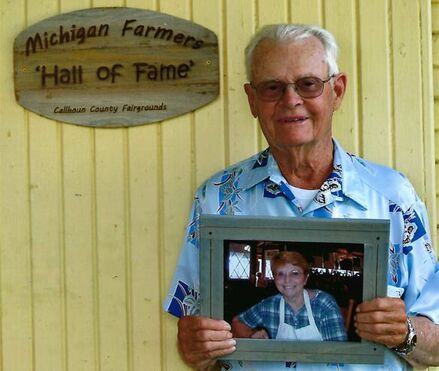 The only time Crane wasn’t farming is when he flew planes as a pilot during his four years in the U.S Navy.

“He’s a funny, funny guy, and he’s still got his sense of humor, too,” says Laura Bale, one of his daughters.

Crane and his late wife, Luetta, were inducted into the Michigan Farmers Hall of Fame at the Calhoun County Fairgrounds in September.

He held up a picture of his wife during the taking of a portrait of him and his family that now hangs on the wall at the hall of fame in Marshall. She passed away in 2014.

​Crane Orchards in Fennville is not just for picking fruit like it was when his father, H.B. Crane, acquired the property in 1917.
People still flock there to gather apples, peaches and other fruit grown on 180 acres, but they can also get a bite to eat at Crane’s Pie Pantry Restaurant or take something home from the hard cider winery.

The center of the restaurant is inside a barn where cows were kept when Robert was a child on the farm, Bale says.
The barn was used for storing tractors and other equipment when Bale was growing up at the orchard.

With five children to feed, she says her parents were strapped for cash when Robert in 1968 began pressing apples into cider to supplement the family’s income.

Luetta came up with the idea for the restaurant as an extra revenue stream. “She was not afraid to take chances,” Bale says.
At the beginning, strictly homemade pies were on the menu when the doors of the restaurant opened in 1972.
Sandwiches on bread and buns made in-house, along with soups and salads, were later added at the request of customers wanting food to go with their pie, which was made with fruit straight from the orchard.

Bale says the restaurant has grown considerably since the kitchen was up in the loft, and pies, fresh out of the oven, were taken down to customers. Now, there are two kitchens, both on the main level, and seating for up to 80 people.

Bale says there’s often a two-hour wait for a table on weekends during their busiest time in September and October. After reserving a table, many people head out to pick fruit and go for a hay ride or wander through a corn maze.

They can also browse the wealth of World War II and other historic memorabilia on display, including models of war planes hanging from the ceiling.

“It’s like a museum. There’s lots to look at while waiting,” Bale says.
Harry Pratley, president of the Michigan Farmers Hall of Fame, says the Cranes fit the criteria perfectly for induction. Generally, he says, inductees have made their livelihoods strictly by farming and have contributed to agriculture in the state in some form of fashion.
Inductees have also given back to their communities through service on various boards and organizations.

People enshrined at the hall also go in as a couple. “Not much happens without the wife,” Pratley says.

Visits are paid to nominees, Pratley explains, just to make sure they meet the criteria for induction. He also goes into the rural areas to scout for potential inductees.

Pratley says he was especially impressed with how the Cranes made a better go of it financially without adding acreage, which often happens with struggling farms. “I thought it was kind of a unique way for somebody to make use of what acres they had,” he says.
​
By Stan Maddux
December 19, 2018 - FarmProgress.com
READ MORE HERE 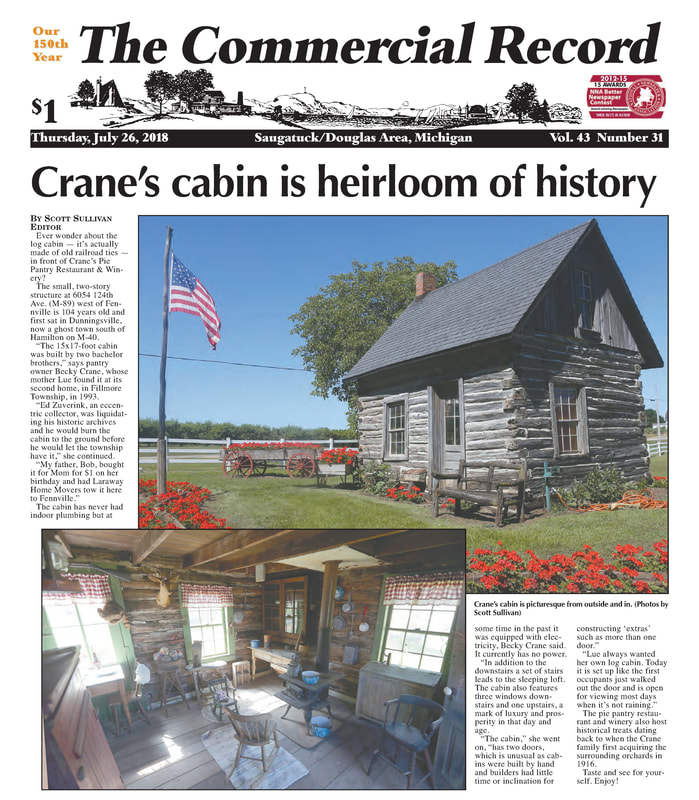